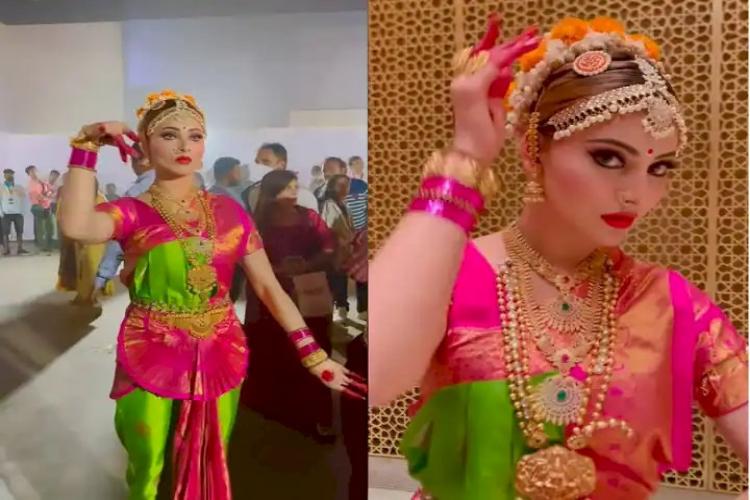 The name of Bollywood actress Urvashi Rautela is included in the list of well-known actresses in the industry. Urvashi has achieved this position in the industry due to her talent and beauty. Even though the actress is rarely seen in films, Urvashi Rautela is counted in the list of top models of the world. Urvashi always remains in limelight for her glamorous style. Meanwhile, a video of the actress has surfaced which is becoming fiercely viral on social media.
Like every year, a cultural program was organized for the Mumbai Police on Sunday evening in Mumbai. From Shahrukh Khan to Sara Ali Khan have been seen giving their respective performances in the Umang program. In Umang, once again the audience has got to see the desi style of Bollywood actress Urvashi Rautela.
Actually, Urvashi Rautela has won the hearts of not only the people sitting there but also the fans by doing Bharatnatyam during the Umang program. Urvashi has also shared a video of this look on her Instagram. In this video, Urvashi Rautela is seen wearing a Bharatnatyam dress of pink and green color.
Urvashi Rautela is seen doing Bharatanatyam steps in this video wearing Gajra in her hair with heavy jewelry. Urvashi Rautela looks no less than an Apsara in this Bharatanatyam outfit.

Comic poet Surendra Sharma shared the video on the news of his death, said- Wait a little more for those who sympathize with me