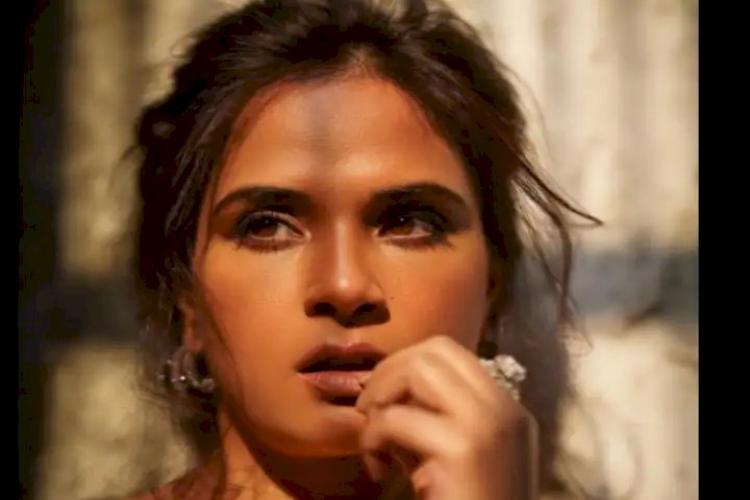 There is only one actress in the film industry who attracts everyone towards her with bold looks and impeccable style and she is everyone’s favourite Richa Chadda. Today, the place at which Richa has made her mark in Bollywood is really commendable. Richa is often seen talking about her personal life. She told in an interview about what kind of films she wants to work in. Richa Chadda said these special things in an interview given to Mayapuri Magazine.
film journey
When Richa first came to Mumbai, she started modelling. After this, she did theatre and took his first step. Richas interest in acting grew and then she turned her attention to films. Richa started her film journey in the film industry with the film Oye Lucky Lucky Oye. He proved from his very first film that he is a fine artist. After this, he surprised everyone with his performance in director Anurag Kashyap’s film Gangs of Wasseypur. In this film, Richa played the role of Nagma Khatoon, seeing Richas explosive acting in this character, everyone pressed her fingers under her teeth. After this Richa also appeared in Gangs of Wasseypur-2, in this film also Richa proved that she is a great artist.
astrology predictions
Masaan, Gangs Of Wasseypur, Gangs Of Wasseypur-2, Fukrey, Fukrey-2 After doing films like Ramleela, Section-375 (Section-375) and Shakeela, Richas performance is less appreciated but Richa believes that her So Sade Sati is going on. Actually, Richa told in the interview that she was told by an astrologer that Shanis half-and-half is going on her. Because of all the hands and feet he kills, everything will go slowly. According to Richa, she is working hard and will continue to work hard.
Disappointed with some films
Richa feels that she should not have done the film Sarbjit as she had already done a film like Masaan. The film Masaan received many awards at the Cannes International Film Festival. He had high hopes for his Cabaret film, but his film was not released at first and suddenly his film was released online.
Opinions about directors
Director Ashwiny Iyer Tiwari is very emotional and talkative. His direction is very much liked by Richa. Richa was very much liked for her films Nil Battey Sannata and Bareilly Ki Barfi. Richa likes one thing about her, she chooses the actors according to the character in the film. Richa had a lot of fun doing the film Kabaddi directed by her. Richa has produced a Punjabi short film, she may later make a film on her script, but she never wants to direct.
Richas wish
Every actress has some desire to work in the biopic of a great artist. Richa also has a similar wish. Richa Chadda aspires to do biopic films of tragedy queen Meena Kumari and best actress Zeenat Aman. Whatever praise is given to Richas performance, it is less.

When Rishi Kapoor gave this advice to his son Ranbir Kapoor, he said- Your wife will give birth to Raj Kapoor and my grandchildren..