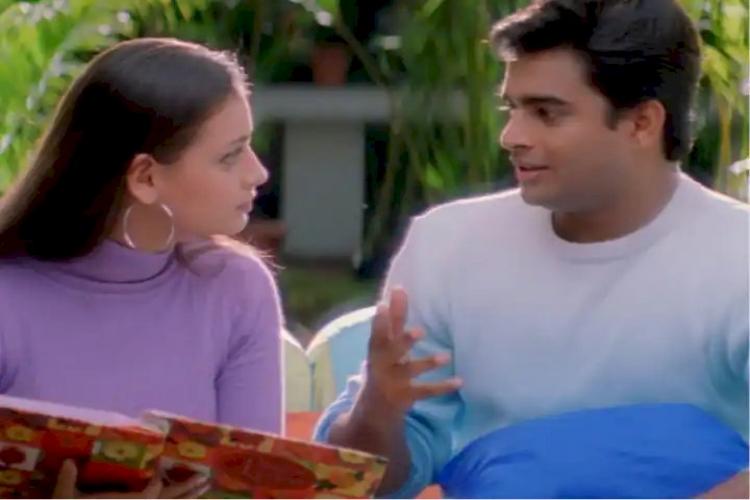 Actor R Madhavan made his Bollywood debut with the film Rehna Hai Tere Dil Mein. Madhavan was in Bollywood with his very first film. The pairing of him and Dia Mirza proved to be a hit. After this film, both were everywhere. Even today this film remains on the favourite list of people. The news of the remake of Rehna Hai Tere Dil Mein keeps on coming frequently. Madhavan has reacted to this. He has said in an interview that he does not want to remake the film. Madhavan says that the makers can surprise the audience by remaking the film.
In an interview with Pinkvilla, Madhavan said all the best in trying to remake Team Ko Rehna Hai Tere Dil Mein. Reacting to the remake, Madhavan said- My opinion is that it would be stupid. I don’t want to touch it. If I were a producer, I wouldn’t have done this. I wish them all the best from my heart. I hope he will surprise people because in this industry you can’t predict anything but many people’s memories are attached to it.
Movies aren’t just for audiences Madhavan further said- This is not just a film for the audience, it is much more than that. This is an anthem in many ways. It has to be said that after 15 years you want to remake 3 Idiots. I don’t think it is sensible. I would like to say once again, that this will be a very brave decision.
On the work front, Madhavan is busy promoting his upcoming film Rocketry The Nambi Effect these days. Madhavan himself directed this film. He made his directorial debut with this film. This film is going to release on July 1.

Richa Chadha believes astrologer on this matter, wishes to work in the biopic of these actresses