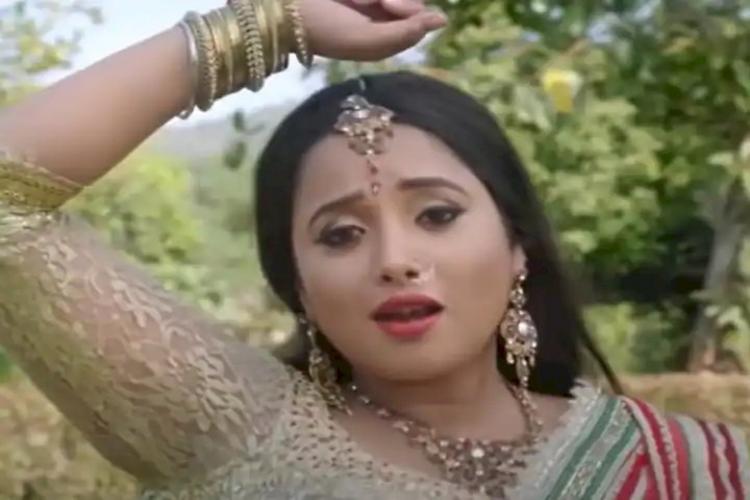 Rani Chatterjee is the name of the Bhojpuri world which is getting stronger and more powerful day by day. Rani Chatterjee has shaken everyone with her transformational look. The actress has shown her fans by working hard that those who work hard do not lose. Recognizing Rani Chatterjee in the old pictures is not an easy task, because seeing the pictures of Rani now, you will be surprised to ask your eyes whether these two persons are the same. Rani Chatterjee is engaged in making her beautiful figure even hotter by following a strict diet. These days, the fans of Rani Chatterjee are once again making her old video songs viral on the corridors of social media. These video songs have gotten a lot of love from the audience.
The song that is being discussed the most today is the song from Rani Chatterjees film Gunday. The title of this song has been kept as Sejiya Par Dhadke Chhatiya. This song was released 2 years ago on Bhojpuri Filmistan. 6.8 million views are being seen on this song of Rani Chatterjee.
Wearing a pink lehenga, Rani Chatterjee is seen dancing in the garden. His swift dance moves can make anyone crazy about him. But in this video of Rani Chatterjee, her fans are not able to recognize her, because people who follow Rani on Instagram are stunned to see the old Rani video songs.

Bollywood actress Alia Bhatt announced her first pregnancy–Ranbir Kapoor wanted children by marrying at the beginning of his career, had also planned tattoos of childrens names