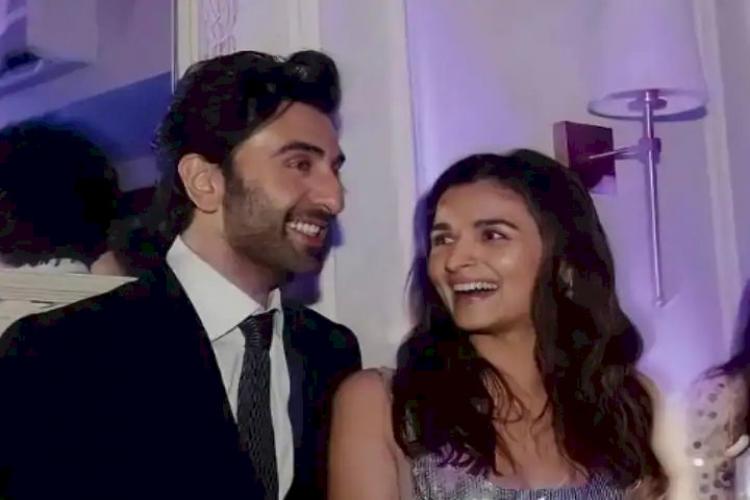 Bollywood actress Alia Bhatt announced her first pregnancy on Monday through a post on Instagram. She shared a picture and told that she and Ranbir are having their first baby aspect.
Although Ranbir Kapoor had given a hint a few days before this announcement that he is planning a baby. A few days before the announcement of his baby, Ranbir had revealed that he might get a tattoo done with the names of his kids. In a recent interview, the actor also shared that he hasn’t got any tattoos done yet. However, this is not the first time Ranbir has spoken about his kids. When Ranbir was asked if he has got any tattoos done? To this, he said, “Not yet. Hopefully soon. Get 8 or something, right now I don’t know what I’ll get done. Maybe my first tattoo will be the names of my kids.”
A few years back, during the trailer launch of Yeh Jawaani Hai Deewani, Ranbir had said that he wants to settle down before the age of 30. He had said, “We are in a time where we should not give marriage, age limit. When one falls in love, there will be marriage, there will be children. I think everything is natural. I have an education. When I knew her four years ago, I was in a hurry to get married. I said I want to get married, I want to get married, I want to have children. On this Ayan tells me, Relax, you are just starting your career, meet people, live a little life, and then get married.
announced on Instagram
Alia Bhatt on Monday shared a post on Instagram in which she is seen with Ranbir in a hospital bed. In the photo, Alia is lying on a hospital bed and looking at the monitor with a smile. This picture was taken during the ultrasound. The screen of the monitor is covered with a heart emoji. At the same time, Ranbir is sitting near the bed looking at the monitor. Sharing the post, Alia captioned it, “Our baby… coming soon” followed by a heart and spark emoji.