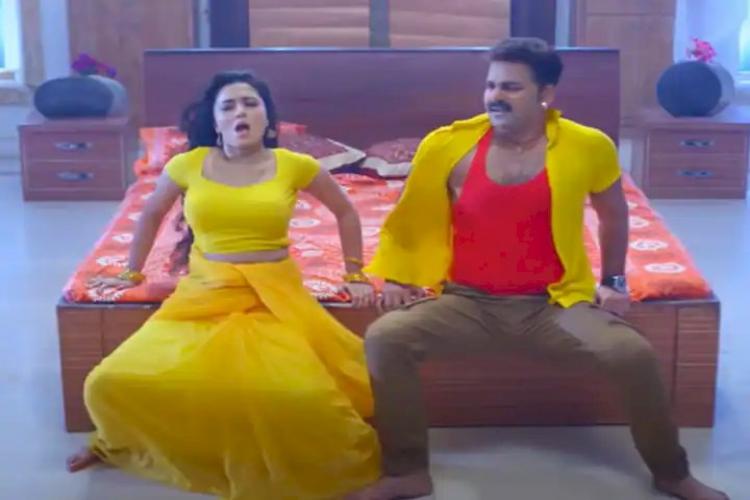 Pawan Singh is the name of the Bhojpuri world, due to whose arrival the audience sitting in front of the film screen could not stop themselves from whistling. Pawan Singhs strong personality can make anyone crazy about him. Behind Pawan Singh, lakhs of girls are sitting ready to lose their hearts. One of the most controversial stars, Pawan Singh needs no introduction. His strong fan following likes to see him on top all the time. As soon as Pawan Singh releases his new song, his fans make his songs viral indiscriminately. Pawan Singh has already teamed up with many heroines, but his strong chemistry with Mani Bhattacharya is something else.
These days, a song by Pawan Singh is going viral in the corridors of social media. The title of this song has been kept as Palangiya Sone Na Diya. Pawan Singhs song has collected 162 million views, crossing the 150 million mark. This song has been liked by 330K people, and thousands of people have showered their love on Pawan Singh by commenting.
This song has been released on Wave Music Album. Pawan Singh and Mani have stunned a lot while twinning in yellow color outfits. Seeing the fast dance of these two, the whole of UP Bihar has been shaken. There are many songs of Pawan Singh that have crossed the 100 million mark, but this song has created havoc.

Polythene and plastic items will not run in college