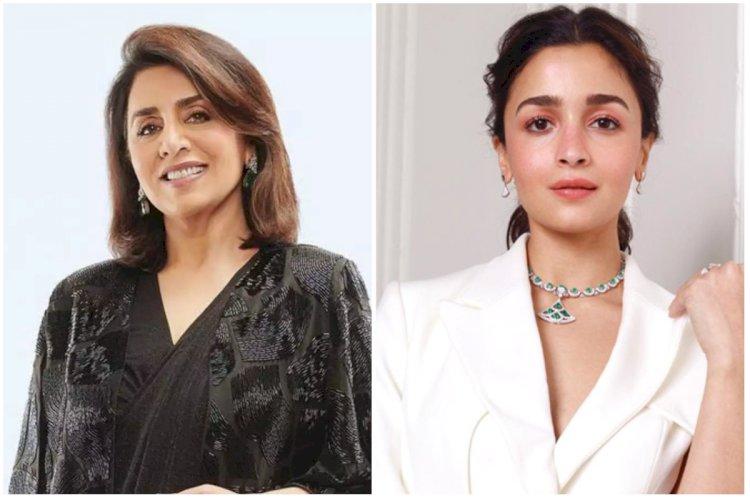 In fact, recently Neetu Kapoor starrer film Jug Jug Jio has been released, which is getting a lot of love from the people. Due to this happiness, Neetu has recently shared a family photo. The thing to note is that his children are visible in this photo, but his daughter-in-law is missing from the picture.
Neetu Kapoor shared a picture of herself with Ranbir Kapoor and Riddhima on her Instagram handle. In the caption of the picture, he wrote, “From reel to the real world!! My dear.” Commenting on the photo, Riddhima wrote, “We love you the most.”
At the same time, film producer Tanuj Garg also commented on this post of Neetu and wrote – Love you all.
However, during an interview, Neetu said that If I get a chance to work with Ranbir Kapoor and Alia Bhatt, it will be like a dream come true. Im telling it! Its a different matter that both are my children, but they are superstars too, isnt it?”
Let us tell you that recently Neetu Kapoors film Jug Jug Jio has been released. The audience is very fond of the film. The film also stars Varun Dhawan, Kiara Advani, and Anil Kapoor. At the same time, Ranbir Kapoor is busy promoting Shamshera and Brahmastra. Alia Bhatt will also be seen with Ranbir in Brahmastra. Fans are eagerly waiting for the film since the trailer came out.