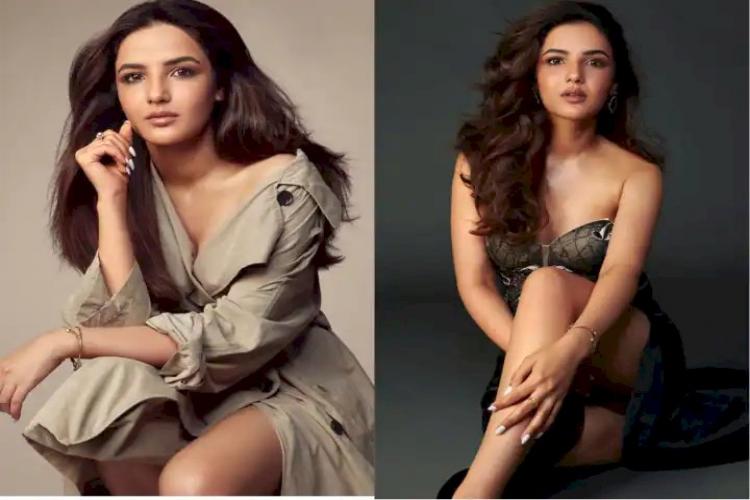 TVs Babli actress and Bigg Boss ex-contestant Jasmin Bhasin keeps making headlines every day. Sometimes because of his personal life and sometimes because of his professional life. Jasmin Bhasins 32nd birthday is on 28 June. Jasmin Birth Place was born in Kota, Rajasthan in 1990. He had completed his school from Jasmin from Kota itself. But she went to Jaipur to do her graduation and completed it from there. Apart from graduation, Jasmin has also done a hospitality course. Talking about modeling, she started it in her college days. In the early stages of her career, Jasmin worked for print and TV ads.
Before TV shows, Jasmin Bhasin was seen in ads like Dabur Gulabari and Himalaya Neem Face Wash, Whisper Sanitary Pads. After that, the actress also got a chance to work in many music videos. Jasmin started her career with a Tamil film. In the year 2011, her first Tamil film Vaanam was released, which put her on the list of Tamil hit actresses. Apart from Tamil films, Jasmine has also worked in many Malayalam language films in her career. The actress stepped into the TV industry in the year 2015, after which she never looked back. Jasmine was first seen in Zee TVs show Tashan-e-Ishq.
In this show, he was well-liked in the role of Twinkle Taneja. Jasmin was also awarded the Best Debut Female Gold Awards for the show. After that, he surprised everyone by playing the character of Teni in Dil Se Dil Tak. After that Jasmine was seen in Khatron Ke Khiladi 9. After facing threats, she became a part of Salman Khans controversial show Bigg Boss 14. During this time Jasmin and Ali Goni had expressed their love for each other. Nowadays the news of this couples marriage remains in the headlines.

There was a stampede in Pakistan about this film by Imraan Hashmi, there was a huge crowd