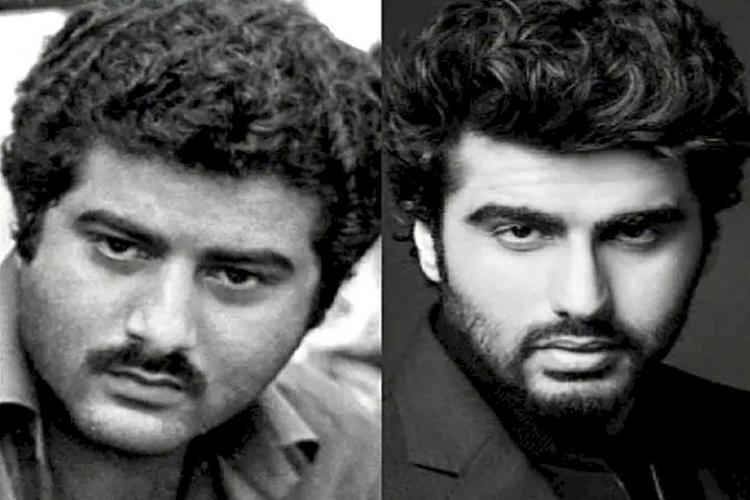 Bollywood actor Arjun Kapoor celebrated his birthday on 26 June. On this occasion, he got a lot of congratulations from family and friends to fans on social media. Let us tell you that Arjun celebrated his birthday in Paris with his girlfriend Malaika Arora. Currently, both are in Paris and are spending quality time.
On Arjuns birthday, father Boney Kapoor shared a black and white collage photo. In which a recent picture of Arjun Kapoor can be seen on one side and on the other hand the picture of Boney Kapoors youth can be seen. While sharing the photo on Instagram, Boney Kapoor wrote- Happy birthday son, and stay motivated. You definitely look better than me.
Many fans and celebs commented on Boney Kapoors post. Actress Shabana Azmi said in the comment- Like father like son. One user wrote – Same to Same. Another user said – Absolutely your copy. Arjun Kapoor shared this photo on his Instagram story and wrote – “After your debut in the film love, there will definitely be competition between all of us.”
Actually, Arjun Kapoor is going to be seen in the film to be directed by father and filmmaker Boney Kapoor Luv Ranjan. The film stars Ranbir Kapoor and Alia Bhatt in lead roles. If reports are to be believed, Boney Kapoor will be seen in the role of Ranbirs father. Earlier Boney was seen in Anil Kapoor and Anurag Kashyaps AK vs AK. In this, he appeared in a cameo role.
On the birthday of Arjun Kapoor, along with Boney Kapoor, many stars like Riya Kapoor, Jhanvi Kapoor, Khushi Sonam Kapoor, and Anil Kapoor congratulated him on social media by sharing photos. Along with this, girlfriend Malaika Arora also shared a lot of romantic photo videos from Paris with Arjun. While sharing a photo with Arjun, Malaika wrote- Make a wish for my love, may all your wishes and dreams come true. happy B-Day.”
On the work front, Arjun was last seen in the horror-comedy film Bhoot Police opposite Saif Ali Khan. After this, he will be seen in Ek Villain 2 with John Abraham, Disha Patani, and Tara Sutaria. Apart from this, Arjun will also be seen in films like The Lady Killer and Kutte.

After Sidhu Moosewala, another setback to the Punjabi industry, comedian Surender Sharma passes away