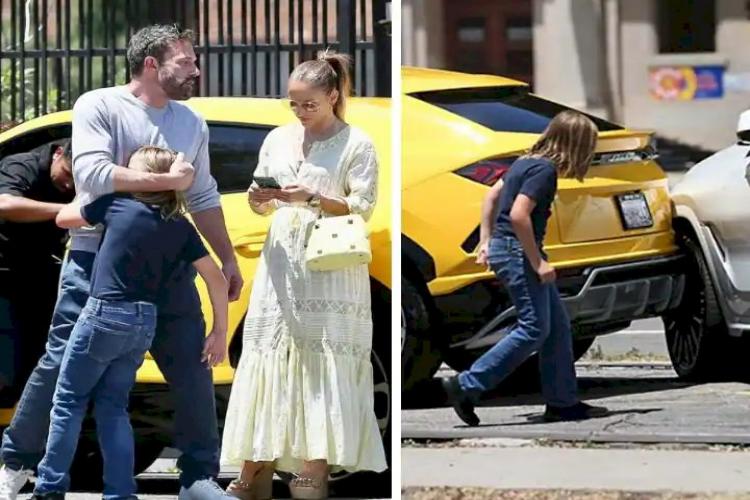 Ben Affleck is one of the biggest superstars in the Hollywood industry. Ben Affleck, who made his special in the hearts of people with the film Batman, remains the subject of headlines every day. But in the news that is coming out at the moment, Ben Affleck has suffered a loss of crores. Actually, Ben Afflecks 10-year-old son Samuel Affleck has hit his father’s Lamborghini car worth 3 crores. However, no one was hurt in this accident.
Some pictures have surfaced on social media, in which Ben Affleck has gone out with his lady love and famous singer Jennifer Lopez, son Samuel. In these pictures and videos, you can see that Ben Affleck has come with both of them in his yellow-coloured Lamborghini car. But then Ben Affleck accidentally leaves his son in the driving seat of the car. Meanwhile, Samuel suddenly starts the car and his Lamborghini collides with a white BMW car parked behind. However, there was no loss of life in this accident.
Photos went viral on social media
This mistake made by Ben Afflecks son Samuel is currently being discussed very fast on social media. However, there are also reports that the people of Ben Affleck’s car company have said that there has been no accident in his car. But you cannot fake the pictures and videos on the Internet.