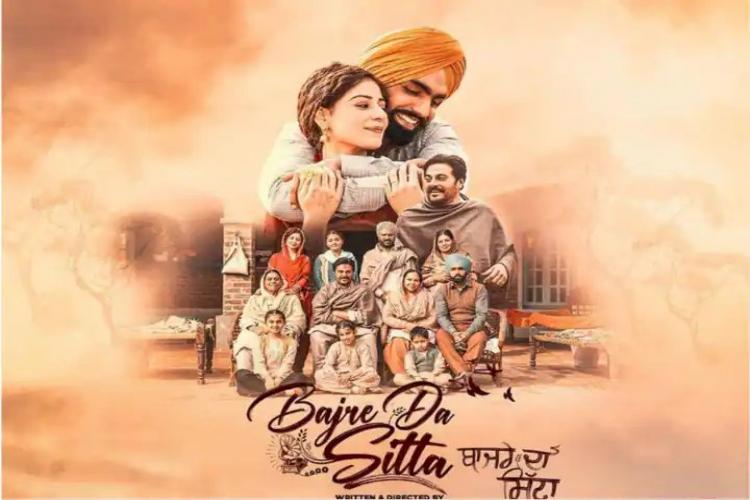 Punjab industry is giving full competition to Bollywood at this time. Punjabi film is rocking the box office. Audiences like Punjabi actors a lot and go to see their films. Punjabi actor-singer Amy Virk is ready to win the hearts of fans once again. The pair of Sufna has come together once again. Yes, Amy Virk and Tania are going to be seen together in the film Bajre Da Sitta. The trailer of this film has been released.
Amy Virk and Tania are coming up with a beautiful story. This film is set in the 70-80s. This story is about the breaking of a dream. It hurts a lot when someone’s dream breaks.
so the trailer depicts the story of two sisters, Tania and Noor Chahal, whose beautiful voice attracts a music label owner. He requests his family to let them both record the song. His family agrees, but at that time peoples, his thinking was not so progressive. He used to misunderstand girls’ songs. After that everyone starts criticizing his family. Meanwhile, Amy Virks entry takes place and he gets married to Tania.
After getting married to Amy, Tanias’ dream of singing also goes out of her hands. Amy decides that his wife will not sing the song. Not only this, he refuses to sing them even at home. Now if Tania’s dreams are fulfilled, it is not that we will have to wait for the film itself.
Bajre Da Sitta is directed by Jas Grewal. This film will be released in theatres on July 15.

After marriage, Amrita Singh became insecure about Saif Ali Khan, there was a lot of fighting

Anuj and Anupama were having fun, then Barkha Bhabhi and Adhik made an interesting entry

Bollywood actress Alia Bhatt announced her first pregnancy–Ranbir Kapoor wanted children by marrying at the beginning of his career, had also planned tattoos of childrens names