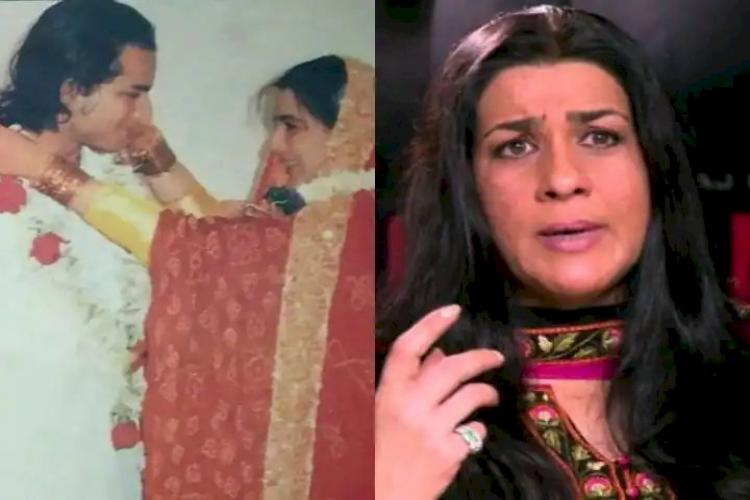 : Saif Ali Khan and Amrita Singhs 13-year-old relationship may have broken down (Saif Amrita Divorce) and both have moved on in their respective lives. But even today unheard stories related to both keep coming to the fore. One of these stories is when there was a fierce fight between these two because of other actresses. What is the matter, let us tell you.
Everyone would be aware that as soon as the love between Saif Ali Khan and Amrita Singh grew, the foundation of their relationship had also started to waver. In just three meetings, both of them had decided to get married. At that time Amrita Singh had become occupied in the film industry, while Saif was struggling to make his mark. After marriage, Saif was completely busy grooming his career, while Amrita slowly started making distance from the screen and acting. Amrita had changed a lot after marriage. He himself had mentioned this in an interview.
Amrita started living insecurelyAmrita and Saif started having a rift like any other couple. Like every couple, these two also had a lot of fights. Especially when Saif used to work with other actresses, Amrita started living insecurely. Amrita herself had confessed that she feels very bad. Rather, there is even a fight between them about this matter, and many times they feel that she will break Saifs head.
Let us tell you that Amrita and Saif enjoyed married life from 1991 to 2004 and then got divorced. From this marriage, both of them have two children Ibrahim Ali Khan and Sara Ali Khan. A few years later, Saif married Kareena Kapoor and Amrita raised her children as a single parent.

Amrapali Dubey was seen getting romantic with Nirahua in the fields, fans of the actress’s simplicity

Amy Virk and Tania once again bring a heart-touching story, tears will spill after seeing the dream broken