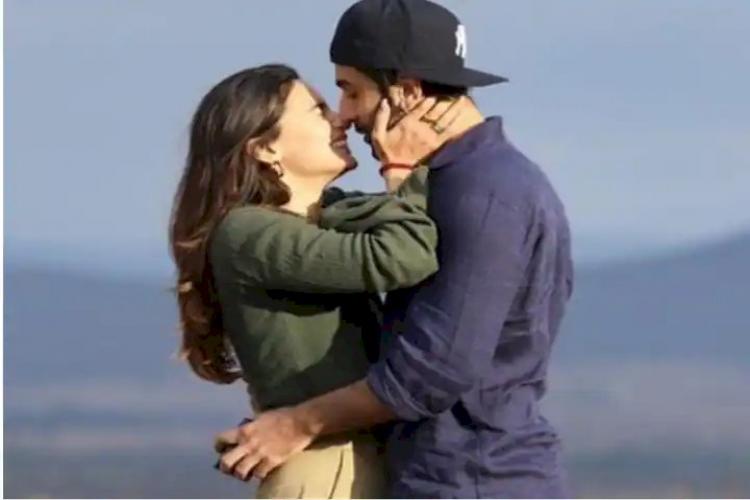 Alia Bhatt and Ranbir Kapoor have created panic on social media by announcing their pregnancy. These cute couples are going to be parents soon. Alia announced her pregnancy on Monday by sharing a post on social media. Since then everyone is congratulating this couple. From fans to celebs, everyone is congratulating Alia-Ranbir. Alia Bhatt has changed her Instagram DP after announcing the pregnancy. Have you seen Alia’s new Instagram DP?
Alia Bhatt changed her Instagram DP after marrying Ranbir Kapoor. He had put a cute photo of the wedding. After that Alia changed her photo again. Now after the announcement of pregnancy, Alia has put a favourite picture with her husband Ranbir.
put romantic photo Alia has put a romantic photo with Ranbir. In the photo, both are standing close to each other. Ranbir is holding Alia close and the actress is seen laughing. This photo was earlier shared by Neetu Kapoor. Neetu Kapoor shared this picture of Alia and Ranbir.
Alia made this comment by sharing an unseen picture of Alia and Ranbir, Neetu Kapoor wrote  God Bless. Also posted heart emoji. Alia had commented on this post of Neetu Kapoor. He wrote- My favourite picture. After sharing Neetu Kapoor’s photo, Alia made it her Instagram DP.
Let us tell you that Alia-Ranbir tied the knot on April 14. Both had married at home. Those pictures became very viral on social media. Alia announced her pregnancy only after 2.5 months of marriage. She has shared a picture of sonography from the hospital in which Ranbir Kapoor is seen with her.

Boyfriend Ali Goni gave this beautiful gift to Jasmine Bhasin on her birthday, the actress thanked him like this …

: Anil Kapoor to start shooting for No Entry 2 with Salman Khan after Jug Jug Jeo, the actor confirms