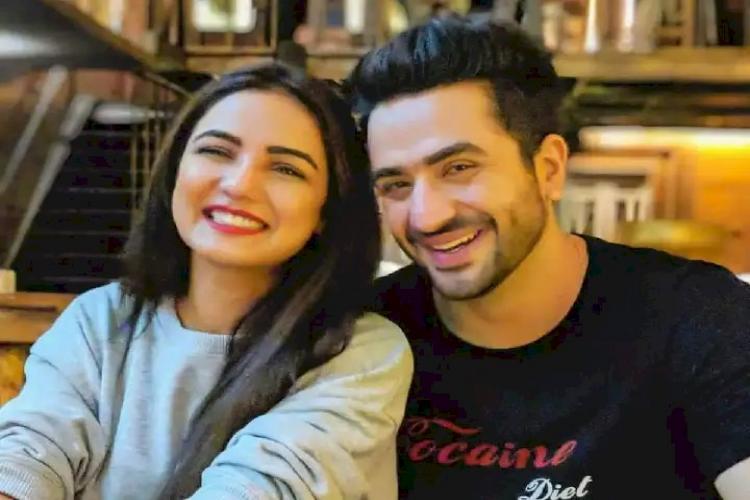 Today is the birthday of TV actress Jasmin Bhasin on 28 June. Jasmine is celebrating her 32nd (Jasmin Bhasin Birthday) birthday today. Jasmine’s name is included in the list of well-known actresses in the TV world. The actress has recently appeared in Salman Khan’s show Bigg Boss season 14. Jasmin Bhasin celebrated the birthday party with her friends at 12 pm. Jasmine has been given a very beautiful gift by her boyfriend Aly Goni on her birthday.
Jasmin Bhasin celebrated the birthday party with pomp with her friends. At the birthday party, many stars like Ankita Lokhande, Vicky Jain, Rahul Vaidya, and Disha Parmar came to celebrate her birthday. On the other hand, Jasmin Bhasin has been gifted a set of diamond earrings by her boyfriend. The actress herself has shared this information on her Instagram.
Actually, Jasmin Bhasin has shared pictures of her Birthday Celebrations and Wishes on Instagram Story. In some pictures on Instagram Story, Jasmine is seen cutting her birthday cake. In the next picture, Jasmine is seen doing the most special gift show off her birthday. Which has been given to her by her boyfriend Ali Goni. Ali has given a beautiful earring to Jasmine as a birthday gift.
While showing the photo of the birthday gift, Jasmine has also said thank you to Ali Goni. Let us tell you that the news of the relationship between Jasmin Bhasin and Ali Goni is in constant discussion from the house of Bigg Boss 14. People had also given a lot of love to the chemistry between the two in the show. This love between the two continues even today.