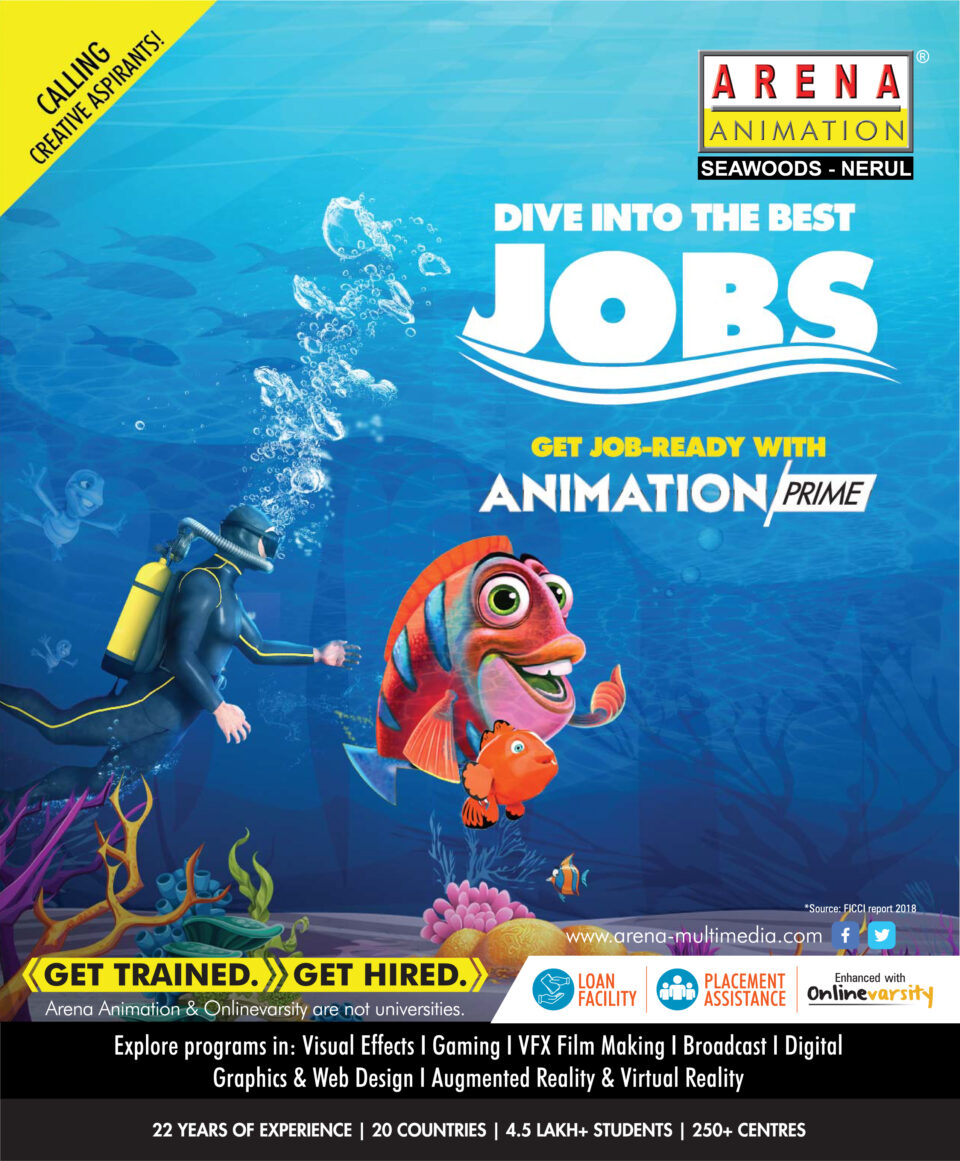 JAMES STUART BLACKTON is known as the “Father of American Animation.” He was a British filmmaker. James Stuart Blackton developed his first animation in America and was a pioneer in the usage of the stop motion method He is credited with making the first animated film, The Enchanted Drawing, in 1900.

Animation is a means of creating the illusion of movement in a series by photographing consecutive drawings, models, or even puppets. Because our eyes can only hold an image for around one-tenth of a second, when many pictures emerge in quick succession, the brain blends them into a single moving image. Traditional animation entails sketching or painting pictures on clear celluloid sheets before photographing them. Early cartoons are instances of this, but most animated films nowadays are created using computer-generated imagery, or CGI. The frame rate, or the number of successive images displayed each second, is thought to create the illusion of smooth motion from these drawn, painted, or computer-generated images. Moving characters are typically photographed “on twos,” which simply means that one picture is displayed for two frames, for a total of 12 drawings per second. Motion is possible at 12 frames per second, although it may appear choppy. A frame rate of 24 frames per second is frequently used in cinemas to provide smooth action. A movie, or motion picture, often known as a moving picture, is a piece of visual art that uses moving pictures to mimic experiences that express ideas, tales, perceptions, feelings, beauty, or ambience. These visuals are usually accompanied by sound and, on rare occasions, additional sensory stimulation. Storytellers may now convey stories in novel ways thanks to animation. The vivid fantasy realms of animated films can renew inspiration and the wonder of tales at any age. So, if you want to be a storyteller, animation is a terrific place to start. So, what exactly is animation? And what kinds of animation do cartoonists and painters use? Let’s get started.

This is one of the most traditional types of animation in movies. It’s also known as cel animation. Objects in conventional animation are sketched on celluloid translucent paper, as previously stated. The animator must sketch each frame to produce the animated sequence. It uses the same process as a flipbook, but on a much larger size. The most common type of traditional animation is 2D animation. The finest examples include Aladdin, The Lion King, and several early cartoons. However, not all 2D is conventional. But don’t worry, we’ll get to it in a minute. Previously, the animator would sketch on a table with a light inside it, allowing the creator to view his or her prior animation. While the classic style is no longer as popular, most drawings are now done on tablets. And Disney hasn’t employed hand colouring since The Little Mermaid in 1989.

2D animation, like most early Disney films – The Simpsons, Family Guy, The Lion King, Pinocchio, Beauty and the Beast, and so on — may be classified as traditional animation. However, there is something known as vector-based animation, which may be 2D without being conventional. Vectors, rather than pixels, can control the motion in this case with Vector-based. So, what exactly does that mean? Pixel pictures are images with well-known formats such as JPG, GIF, and BMP. These photos cannot be resized or reduced without deterioration in visual quality. There is no need to be concerned about a resolution while using vector graphics. Vectors are defined by routes with varying start and end locations, as well as lines linking these points to form the visual. Vector-based animation resizes pictures using mathematical values, resulting in a smooth motion. They may reuse these creations, saving the animator from having to sketch the same figures over and over again. You can animate by moving these vectors around. This is especially advantageous for animators who aren’t the finest draws.

Today, the most prevalent kind is 3D or computer animation. However, just because computers have taken the place of actual drawings does not mean that it is any simpler. The computer is merely another tool, and 3D animation is still a time-consuming and labour-intensive process. The animator is a 3D animated film that uses software to move the character’s bodily parts around. When all of the character’s pieces are in place, they establish their digital frames. They repeat this process for each frame, and the computer estimates the motion based on each frame. Throughout the animation process, animators change and tune the curvatures and motions of their figures. Animators change the curvatures and movements of their characters all the time. 3D animation has become the dominant approach in animated films, beginning with Toy Story in 1995 and continuing with Coco today. 3D animation is particularly distinct in that, unlike 2D or other traditional approaches, the complete body of the figure is constantly visible. If a figure rotates to the side in 2D animation, the animator only needs to produce the side profile; but, with 3D animation, the entire body must be presented. So, while computers are employed, new technology brings with it a host of new considerations. Animators and filmmakers equally use storyboards to plan out each frame, whether they’re drawn in 2D or computed in 3D. Animation films, unlike live-action films, cannot rely on camera techniques in a shot. Storyboards are essential for generating animation.

Motion graphics are graphics that move. It’s the clearest explanation you’ll find. Motion Graphics is sometimes referred to as Motion Design, which helps to clarify the link between movement and design aspects. Motion graphics is the application of design expertise to new mediums by incorporating elements of time and space — i.e. moving. Motion graphics provide the appearance of motion, typically for advertisements or title sequences in films, but ultimately exist to express something to the spectator. For multimedia projects, they are frequently integrated with sound. They’re a form of animation that’s typically employed in business, usually with text as the major focus. Here are a few examples of motion graphic animation using current trends.

Stop motion animation is a filmmaking method in which items are physically moved in small increments and filmed one frame at a time to create the illusion of motion when played back. Stop motion is similar to flipbooks in that it employs real items rather than illustrations. This type of animation takes a long time to complete since 12 frames (or photos) equal around one second of video. Stop motion animation includes a variety of techniques such as moving items, clay, humans, cutouts, puppets, and more.

Where to learn about Animation in India?

Animation has always been one of the most profitable professional paths to pursue. Most of us grew up watching animated cartoons and films and fantasies about being the creators of such great works. However, becoming serious about animation may be a convoluted and tough task. Animation is a combination of creative talents and computer ability, which are still viewed as opposites in most educational systems. As a result, mastering the abilities required to get started in the chosen subject of animation might be challenging. While most short-term animation certification courses do not require students to have such abilities, having them can offer learners an advantage over others. Short-term animation classes can help with this. These courses assist students in gaining fundamental animation knowledge as well as more specialized abilities in specific expertise. You can learn Animation from Animation Institutes named as

If you’re looking for career options in animation after the 12th here are some of the courses that you can go for:-

According to Grand View Research[1], The worldwide 3D animation market was worth USD 16.64 billion in 2020 and is predicted to increase at a compound annual growth rate (CAGR) of 11.7 per cent between 2021 and 2028. Increased preference for creating High-Definition (HD) material, particularly for video marketing, is expected to favourably affect growth due to its greater resolution, significantly higher number of pixels, and increased content quality compared to standard-definition content. The rising deployment of 3D animated movies in the manufacturing industry to provide graphic depictions of various heavy equipment aspects is expected to be the primary market development factor. The increased demand for the technology from a variety of industrial verticals, as a result of OEMs’ increased use of simulation in the design of industrial equipment, has aided in the global adoption of 3D animation solutions. Increased deployment of simulation software and services in areas such as manufacturing, architecture and construction, media and entertainment, education, military, and healthcare is propelling the industry forward.

A career in animation is one of the most sought-after options these days. And why shouldn’t they? A profession in animation may be the appropriate choice for today’s kids, with excellent earnings, job advancement, and the possibility to express your creativity. With films like Baahubali, Kung Fu Panda, Ice Age, and others gaining popularity among both children and adults, the animation industry’s future are promising. A job in animation may be defined as the art of bringing a character or an object to life. It is focused on that ambience the design, sketching, layout, and production of graphically rich and appealing multimedia clips. It is a fusion of the entertainment business with technology.

Here is a list of possible animation job roles:

As an animator, you may be able to work in the following fields:

There are about 300 animation studios in India, employing over 15,000 animation specialists. The gaming sector is one of the best places to work, and it pays handsomely. Though cinema and television entertainment is the primary use for this career, the animation is also required in other fields such as business, sales, engineering, education, and advertising. Animators can also work in print media and publishing companies. Another alternative is to work as a freelancer, which is especially appealing to online animators. Animators can also work in websites, CD-Rom manufacture, graphic design, and three-dimensional product modelling.

Income stats of an animator

According to an article punished my Monster.com[2]the average income of Junior animators or trainees in India may earn between Rs. 8,000 and Rs. 15,000 per month. They can earn Rs. 25,000-40,000 with three to five years of expertise. A skilled animator with a strong portfolio of exceptional animation work might easily earn Rs. 50,000-60,000 per month.

What is graphic designing? Learn all About Graphic Designing? Rapidly Growing Industry in Social Media.

VFX IS THE NEXT BIG THING IN THE GLOBAL MARKET